Attack by Climatic Evils. The climatic evils invade the body via the body surface, mouth and nose. The skin and hair are the external counterpart of the lung and the lung opens to the outside via the nose. When exogenous evils invade the body the exterior-Defensive Level becomes blocked. This in turn leads to failure of lung-Qi to disperse normally, stagnation of lung-Qi and failure of the lung’s functions of depuration and descent. As a result breathing becomes rapid and urgent, giving rise to asthma syndrome.

Injury by Passions. Excessive passion affects the normal physiological functions of the viscera and induces disharmony between them. As with exogenous evils this may lead to stagnation of lung-Qi and loss of its dispersion and depuration. At the same time, extreme passion is also one of the causes of the production of Phlegm and Rheum. The reason is that excessive passions cause illness mainly by disturbing the liver, which controls conveyance and dispersion. When excessive rage injures the liver, liver-Qi moves abnormally and injures the spleen and the kidney.

Improper Diet. Overeating especially of rich and spicy foods may lead to food retention and impaired digestion. This disturbs the functions of the spleen and the stomach, and the retained foods may transform into turbid Phlegm or Fire. The ascending and descending activities of Qi become compromised, and asthma may ensue.

The kidney resides in the lower-jiao. It is the root of Qi and governs the reception of Qi. If the kidney is injured by excessive sexual activity or weakened by chronic illness, it becomes insufficient. Kidney insufficiency leads to the failure of acceptance and regulation, so that exhalation becomes prolonged and inspiration shortened. Any physical exertion aggravates the gasping respiration and wheezing.

Patologie. The fundamental pathological process is disordered functions of the lung, the spleen and the kidney. Asthma due to attack by exogenous pathogenic evil is an illness of strength. Asthma due to internal injury may be of strength or of deficiency.

In general, in asthma of the strength type illness is located in the lung. This may be due to lodging of Wind-Cold in the interior, lung attack by Wind-Heat or accumulation and gelling of turbid Phlegm causing stagnation of liver-Qi, which in turn causes blockage of lung-Qi. Thus, the key abnormality is disturbance of lung-Qi activities.

In asthma of the deficiency type, the illness is located in the kidney. This may be due to exhaustion, chronic illness, sexual overindulgence or deficiency of genuine Qi. The key abnormality is impairment of the kidney’s ability to receive Qi, which in turn leads to impairment of the lung-Qi to disperse and depurate.

In complex cases, there may be lower (kidney) deficiency and upper (lung) strength.

If the lung and the kidney are both insufficient, the illness is severe and serious.

When the isolated Yang is on the verge of collapse, the heart is frequently affected so that heart-Qi becomes deficient as well. In such a situation, severe wheezing and profuse sweating exhaust both Yang and Yin.

In asthma syndrome of the strength type, the illness develops rapidly. Respiration is coarse and loud, sometimes necessitating an open mouth and elevation of the shoulders.

In asthma of the deficiency type, the illness develops more gradually but there may be anxiety and urgency in respiration. Exhalation is prolonged and inhalation is shortened. Physical exertion tends to aggravate the respiratory symptoms.

Asthma differs from wheezing and dyspnea. Clinically asthma is seen in the course of a variety of illnesses, both urgent and gradual. Wheezing is an illness that stands on its own. Wheezing is always accompanied by asthma, and is characterized by recurrence and noisy respiration in the throat. Dyspnea is shortness of breath with inadequate movement of air, as though respiration is unsteady. It resembles asthma but there is no gurgling in the throat and the shoulders are not elevated.

It should be noted, however, that dyspnea is often an early stage of asthma.

An illness is of the strength type if the following apply. Respiration is deep and prolonged. The face is flushed, and the body is warm. The tongue is red, with a thick and greasy or yellow and dry coating. The pulse is floating, large, slippery and rapid.

An illness is of the deficiency type if the following apply. Respiration is shallow and weak, and exhalation is longer than inhalation. The patient is anxious. The complexion is pallid or dusky, and there is cold sweat on the forehead. The tongue is pale, with white and smooth or black and moist coating, or without coating. The body is wasted or has edema. The pulse is indistinct and feeble or floating, large and hollow.

In some cases, there is a gurgling noise in the throat accompanying asthma. Respiration is intermittent and requires an open mouth and raised shoulders. The patient refuses to lie down. The limbs are cold, with a pallid complexion and sweat pouring out as oily beads. The pulse is difficult to find, as though sometimes present and sometimes absent, in all six positions. These together indicate that genuine Qi is on the verge of collapse, and the illness is critical.

Cold versus Heat. In asthma due to attack by exogenous Cold the sputum is thin like water or white and foamy, the complexion is blue-gray and there is no thirst or thirst with preference for warm drinks. The tongue is pale, with white and smooth coating, and the pulse is floating and tight or taut and slow.

In asthma due to attack by exogenous Heat the sputum is difficult to expectorate. It is yellow and viscid or white but viscid. The complexion is red and there is thirst with preference for cold drinks. The tongue is red, with yellow coating that is greasy or dry. The pulse is slippery and rapid.

In treating asthma with the mixed strength and deficiency conditions, with both Cold and Heat, it is imperative to distinguish between and weigh the primary and the secondary processes and to select the therapeutic approach based on the actual clinical condition.

Main Symptoms. Cough, asthma, chest tightness, clear thin sputum; absence of thirst; initially, chills and fever without sweating; headache, body aches; and throat and nasal itch. The tongue is not red and the tongue coating is thin and white. The pulse is floating and tight.

If asthma persists following diaphoresis or there are wind-intolerance and a floating and even pulse following diaphoresis and fever, use Guizhi Jia Houpo Xingzi Tang (Cinnamon Plus Magnolia and Apricot Decoction) to regulate the Nutritive and Defensive Levels and to lower abnormal risen Qi and stop asthma.

If symptoms of the exterior are not severe, remove guizhi from the formula.

For an elderly patient with a constitution of Qi definciency, there is concern in treating with mahuang and guizhi. Use Shen Su Yin (Ginseng and Perilla Drink) instead.

Main Symptoms. Urgent asthma; agitation; yellow and thick sputum, difficult to expectorate; chills and fever, with little or no sweat, and thirst. The tongue coating is thin and white or slightly yellow. The pulse is floating and rapid.

For asthma associated with much gurgling in the throat from sputum, add tinglizi (Lepidium) and dilong (Pheretima).

Main Symptoms. Asthma; cough, much viscid sputum, difficult to expectorate; chest tightness; and nausea. The tongue coating is white and greasy, and the pulse slippery.

If there is Cold as well, add warming herbs or use Suzi Jiang Qi Tang (Perilla Qi-Suppressing Decoction) to dispel Cold and warm the interior, suppress the abnormally risen Qi and relieve asthma.

For sputum that is yellow and has a fishy odor, add yuxingcao (Houttuynia).

Simptomele Principale. Sudden and urgent asthma, chest tightness and distention, choking in the throat often precipitated by passion; or, chest pain, mental depression, insomnia and palpitation of the heart. The tongue coating is thin, and the pulse taut.

If there are palpitation of the heart and insomnia, add baihe (Lilium), hehuanhua (Albizia julibrissin), suanzaoren (Ziziphus) and yuanzhi (Polygala).

i Insufficiency of Spleen and Lung

If sputum is thin, the body is cold and there is no thirst, there is deficiency-Cold in the lung. Remove maimendong and add ganjiang (Zingiber) to warm and nourish Yang-Qi.

The tongue is pale. The pulse is deep, threadlike and forceless, or taut, large and depletive.

Therapeutic Principle. Warm the kidney and restore its ability to receive Qi.

Renshen (Panax) may be added to enhance augmentation of lung-Qi if it is a case of singnificant deficiency of Qi.

Main Symptoms. Asthma, aggravated by exertion, shortness of breath; tinnitus; aches in the waist; dry mouth; agitation; hotness in the palms and soles; flushed face; recurrent fever, night sweats; and yellow urine. The tongue is red, and the pulse is threadlike and rapid.

If genuine Qi is on the verge of collapse, with severe asthma, it is appropriate to treat with Renshen Hutao Tang (Ginseng-Juglans Decoction), Shen Ge San (Ginseng-Gecko Powder) or Ziheche Fen (Placenta Powder). If there is deficiency of lung-Yin as well, add Sheng Mai San (Pulse-Generating Powder) and Baihe Gu Jin Tang (Lily Metal-Solidifying Decoction).

Failure of Kidney to Receive Qi. The therapeutic method is to strengthen the kidney and enable it to receive Qi. Select the acupoints Feishu (BL-13), Gaohuangshu (BL-43), Shenshu (BL-23), Qihai (CV-6), Guanyuan (CV-4), Zusanli (ST-36), Taixi (KI-3) and Chuanxi. (Chuanxi is an extra-meridian acupoint; it is located 1 cun lateral to the acupoint Dazhui, GV-14.) Apply the reinforcing method and add moxibustion.

The patient was a 65-year old female who had chronic asthma and cough. Ten days earlier, during winter, she walked in the open country during the night and was exposed to wind and cold. Shortly thereafter, her asthma worsened markedly, with shortness of breath and gurgling in the throat. The cough also worsened and produced much sputum that was thin but foamy. She refused to lie down flat, and felt tightness in the chest. She had mild chills and fever, which did not subside with sweating.

Her tongue coating was white, greasy and moist. Her pulse was threadlike and slippery. The chest was distended, with reduced respiratory vital capacity.

Diagnostic. Asthma due to exogenous evils attacking the exterior and the Defensive Level. This activated Cold and Phlegm in the lung, leading to failure of lung-Qi to disperse.

Following three daily doses, the mild chills and fever resolved and the asthma improved but persisted. The patient continued to cough, with gurgling and much sputum. The tongue coating was dirty and greasy. The formula was modified as follows.

After two daily doses, asthma and paroxysmal cough both resolved. Sputum became scant. Chest tightness resolved. The therapeutic gains were consolidated by an additional day of treatment, and the patient was then discharged from hospital. 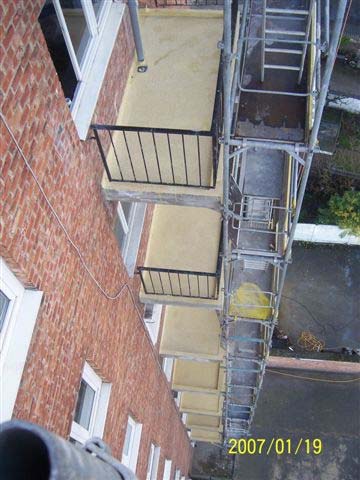 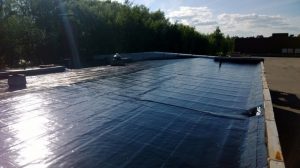